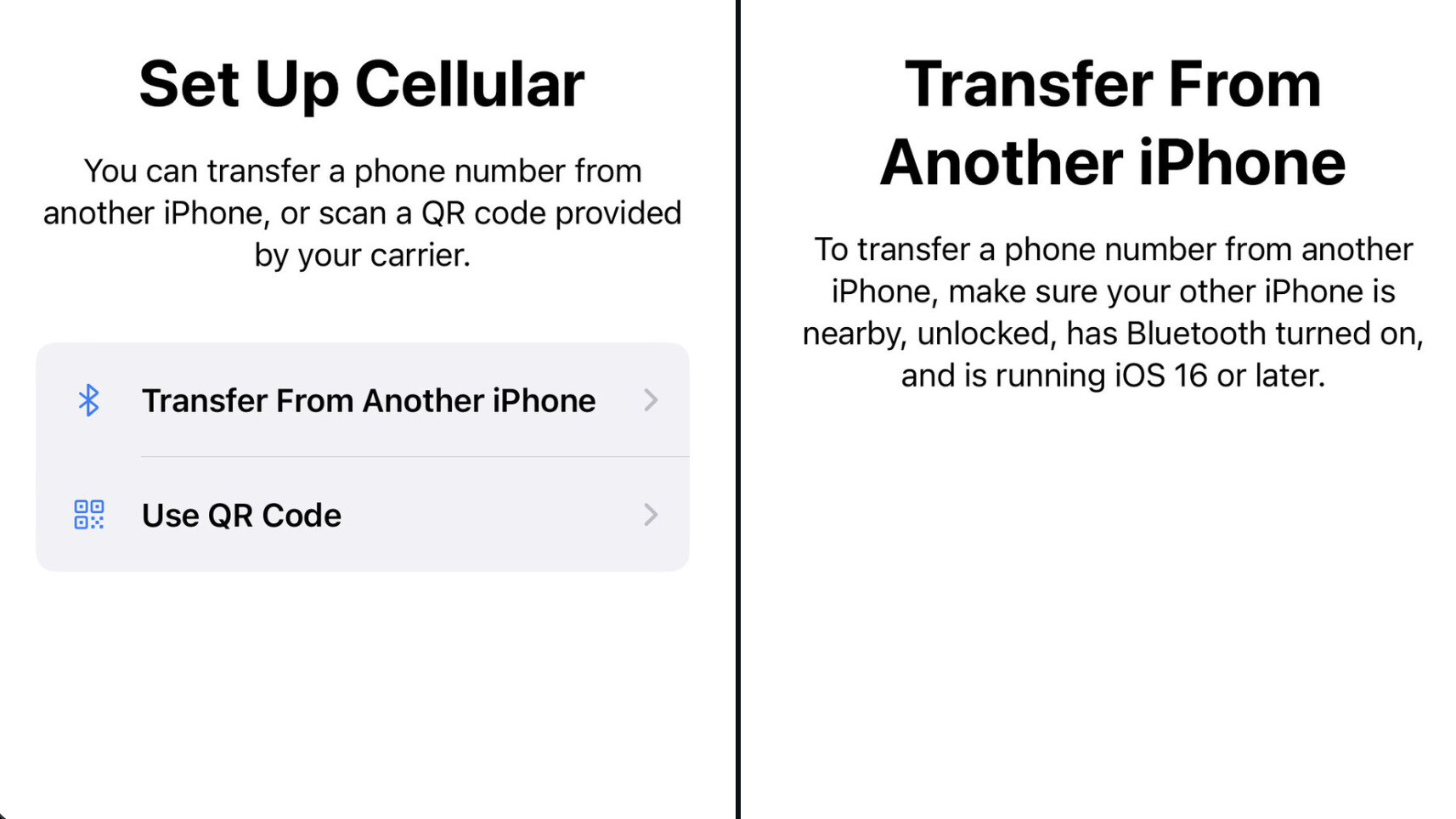 One of the little talked about yet important iOS 16 features is the ability to transfer your eSIM information to another iPhone via Bluetooth connectivity. Spotted by Carson Waldrop, the option does away with the need to call or visit Verizon, AT&T, or T-Mobile to issue another eSIM for use with the new iPhone.
Some carriers do it via a QR code with their respective apps, but Apple’s iOS 16 approach will make transferring an eSIM more seamless, provided that your carrier of choice introduces a support of the eSIM-transfer-via-Bluetooth feature.

Back in 2010, European carriers got pretty stirred up by Apple’s intent to get even more influential, solder a SIM card into its iPhones, and allow people to flash it for use with any carrier they want via a simple app download. Well, that’s what an eSIM is, a virtual subscriber identification module chip with no plastic surrounding it.Now that carrier subsidies are long gone, and Apple rolled out the eSIM iPhones to little backlash, US carriers also embraced the eSIM concept switch left and right. Verizon, for instance, offers one of the easiest ways to set up and activate an eSIM card from the comfort of your My Verizon app.

If you want, you can also move your current plan with the physical Verizon SIM card to the eSIM by calling customer service or dropping by a store and ditto for AT&T or T-Mobile. IT remains to be seen if the US carriers will uptake the Bluetooth eSIM transfer option to make switching to a new iPhone a bit easier in iOS 16.